Radio and Television Broadcasters Professional Association (RATEM) President Yusuf Gürsoy evaluated the effects of the coronavirus epidemic on the media. Stating that countries have shifted to internet television today, Gürsoy said that Turkey is the world's first in open television, which is watched free of charge. Stating that the public got all the information from the news channels during the coronavirus epidemic, Gürsoy emphasized that the trust in the news channels increased and the viewing rates increased.

Saying that traditional media such as television and radio are the most important actors in times of humanitarian crisis such as the coronavirus, Radio and Television Broadcasters Professional Association (RATEM) President Yusuf Gürsoy said, “The public's getting news, accessing information and creating awareness are through the media. This period reflected positively on the trust in our radio and television channels. In particular, the influence of our news channels has increased," he said.

Drawing attention to the increase in television watching and radio listening rates, Gürsoy said, “Our traditional media is the most important tool through which we can see the positive effects of news on human life. Listening to the radio and watching television has increased a lot, and we are measuring it. According to our research, the rate of watching television has increased by 23 percent since March. The rate of watching news channels increased more. Because the whole world encountered the crisis like the coronavirus for the first time and greeted it with concern. There is no treatment, no vaccine; There were various scenarios of how it would be transmitted. When it first appeared in China, it felt like a distant event. When we felt right next to us and deaths started to happen, people were startled. Citizens learned all the information about the coronavirus through news channels and started to take precautions. With confidence, the audience was locked in front of the screen,” he said.

Stating that the content has a significant impact on the watching and listening rates, Gürsoy said, “We have difficulties in producing content due to social distance and not being able to be indoors within the scope of coronavirus measures. Before the coronavirus, Turkish TV series and program formats were in the second place in the world. In other words, Turkish TV series were in the second place in exports to the world, after the USA, with a share of 350 million dollars. We are the first in the world in watching and producing content on open televisions. I mean open television, that is, the channels watched by everyone without paying, not the share channels on digital platforms. We are the country with the most watched content in the world in open television broadcasting," he said.

Stating that 70 percent of the content of televisions around the world is made up of domestic productions, Gürsoy said, "They also import 30 percent. 25% of this 30% content comes from Turkey. The figures belong to the European Union (EU) organization EuroData, a serious figure of 25 percent. It shows how ambitious we are in producing content. Unfortunately, due to the coronavirus epidemic, the series sets were interrupted, and some ways are being sought. Some directors and producers are trying to meet the demands of people waiting for content at home by moving the shooting locations to their homes and differentiating the script

NEGATIVE EFFECTS OF THE CORONAVIRUS CRISIS ON RADIO TELEVISIONS,

As the economic activities in important sectors in the world and in our country have stopped to a large extent, as a negative reflection of this, irrecoverable contractions have occurred in the commercial communication revenues of radio televisions. While the viewership increases on television, there are serious losses in advertising revenues. Losses in radio advertising revenues are well above 50 percent.

The most important losses are experienced by local radio and television. Small and medium-sized enterprises and local media organizations that derive their source from local economic activities experience economic losses of more than 90 percent due to the cessation of activities in this area and are in danger of not being able to continue their broadcasts.

As RATEM, we have conveyed our requests to the CIB, the Ministry of Culture and Tourism and RTÜK to draw attention to this situation.

In particular, a support under the name of "Continuation of Broadcasting Credit" should be provided in order for local radio and television stations to continue their broadcasts. Examples of this have been or are being used in some industries. Loans with low interest and 6 months grace period will be a source of motivation for this period. 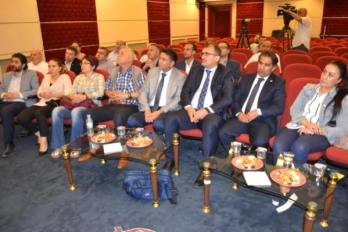 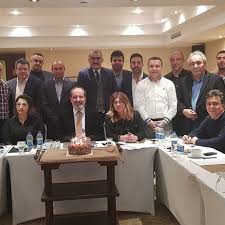 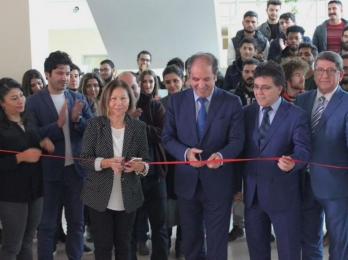 BİZİ ARAYIN
WHATSAPP HATTI
Cookies are used on this site. We use cookies to give you the best possible experience. If you continue to visit our website, you will be deemed to have accepted the cookies used on this site. More information
I Understood